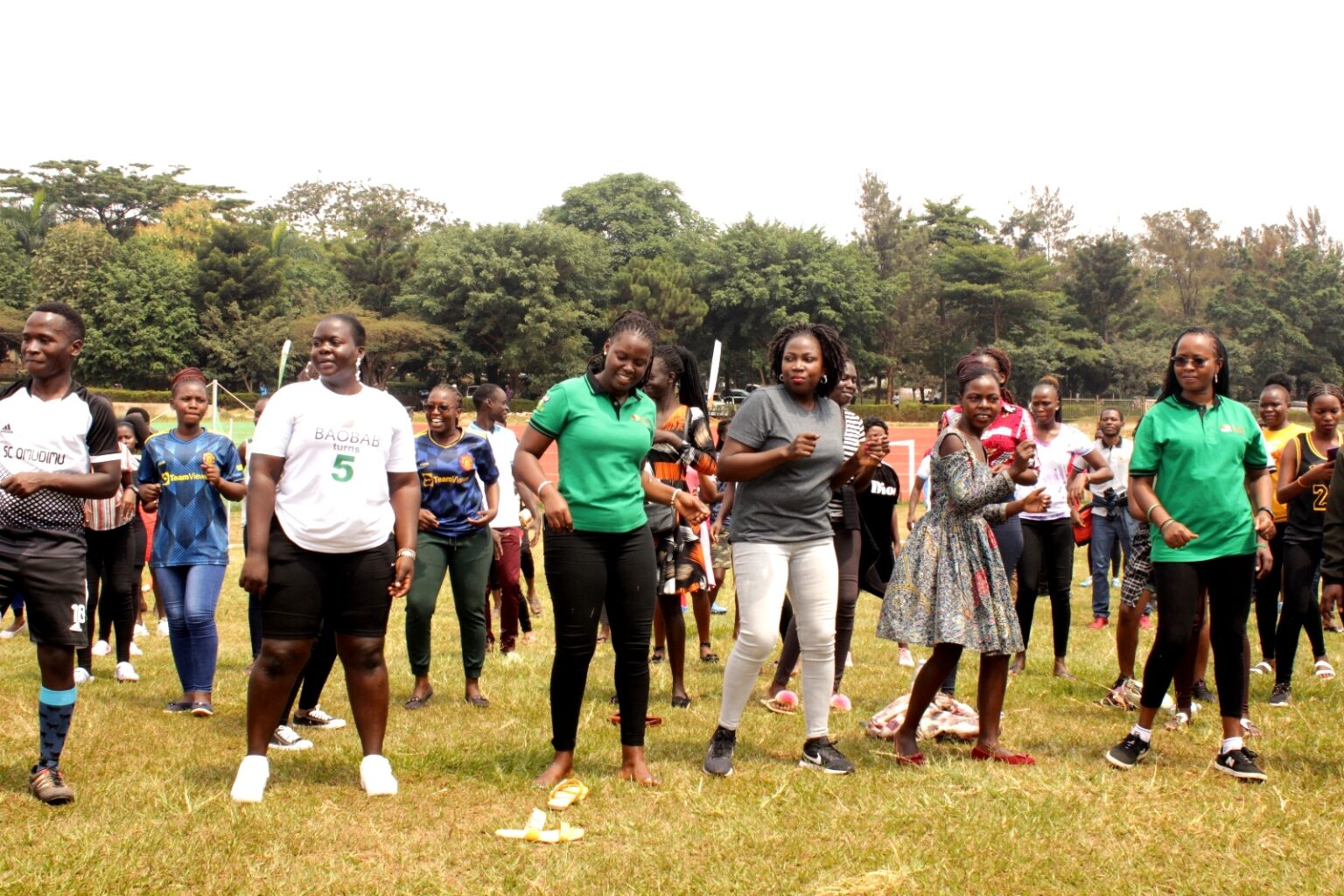 The inaugural event was held on Saturday 30th July 2022, at Makerere University Rugby grounds. It attracted over 300 participants who included Scholars, Alumni, and Mentors, members of the Steering Committee, the University Community and other external partners of the Scholars Program.

While addressing the gathering, the Chief Guest, Prof. Sarah Ssali, the Dean School of Women and Gender Studies, and a member of the Steering Committee of the Scholars Program, congratulated the Secretariat upon initiating such an important event that brings together all key stakeholders of the Program. She pointed out that it is such events that foster unity and networks among stakeholders, which was key in strengthening institutions and organizations world over.

“I congratulate the Secretariat and the general Scholars Community for thinking about such an important community engagement event, which brings together all key stakeholders of the Scholars Program, most especially the Scholars and the Alumni” Prof. Ssali pointed out.

Prof. Ssali further congratulated the Scholars and alumni of the Scholars Program as the key stakeholders, upon having been selected for the prestigious Scholarship, which most young people in Uganda were not lucky enough to get, despite being in a similar economic disadvantage.

“I would like to appeal to you Scholars and alumni of the Mastercard Foundation, to always cherish the opportunity you were given, especially the Scholarship, which enabled you to acquire quality university education here at Makerere University.” Prof. Ssali said.

Prof. Ssali called upon all stakeholders of the Scholars Program to foster relationships and networks the Program has bestowed upon them. She further urged the gathering to always cast their nets wide and desist from creating ethnic, religious other narrow social networks, but rather embrace diversity in creating networks.

She appealed to Ugandans and Africans at large to reduce the spirit of dependence, and instead strive to support and uplift one another through giving back to the community.

“The African continent is known for being dependent on donor aid and all forms of support, but we should fight this dependence syndrome, and embrace the spirit of hard work and support ourselves as Africans through giving back to our communities.” She opined.

The Program Manager, Ms. Jolly Okumu informed the gathering that although the Scholars Program at Makerere University comprises a number of stakeholders at different levels and influence, it had never had a single activity that brought all of them together. Therefore, in line with community building, the Scholars Program decided to host an annual Community Open Day to bring together all stakeholders with two key objectives;

“On behalf of the Secretariat, I would like to thank all of you our Scholars, Alumni and partners for turning up in good numbers for this our first Community Open Day, despite your busy schedule and other competing activities that weekends normally bring” Ms. Okumu said.

On behalf of the Scholars Community, the Scholars Council Representative, Mr. Abubakar Batte, and the Scholars Association President, Mr. Adolf Businge, called upon the Scholars and Alumni to support and participate the Scholars Annual Day of service, which takes place every year in November across all partner institutions and organizations of Mastercard Foundation.

They informed the gathering that for this years’ Annual Day of Service, the Scholars Community had identified and would support to construct a classroom block at St. Katherine Community School, located in Agago district, Northern Uganda.

They called upon all people of good will to support the noble cause of giving back to the community by supporting Scholars and Alumni of Mastercard Foundation to construct the class block at St. Katherine in Agago District.

One of the activities of the day was to fundraise for giveback day, which fetched over five million Shillings in cash and pledges from Scholars, Alumni, Mentors, the Secretariat and partners who graced the function.

The first Mastercard Foundation Scholars Program Community Open Day was held under the theme; “Fostering Relationships and Networks for community transformation” and attracted over 300 participants including partners.

Among the partners who graced the function included; FAWE- Uganda, Brac, Uganda, Private Sector Foundation, CEEM Group, Solutions Africa, DFCU Bank, KARE Hostel, Katumba Estates among many others. The fun-filled event had a number of activities, which included; Aerobics, Soccer, Volleyball, Athletics, Sack race, Exhibitions and many others.

The next Scholars Program Community Open Day will be held in July of 2023 and will attract even a bigger crowd and activities.

Bernard Buteera is the Communications Officer of the Mastercard Foundation Scholars Program at Makerere University.