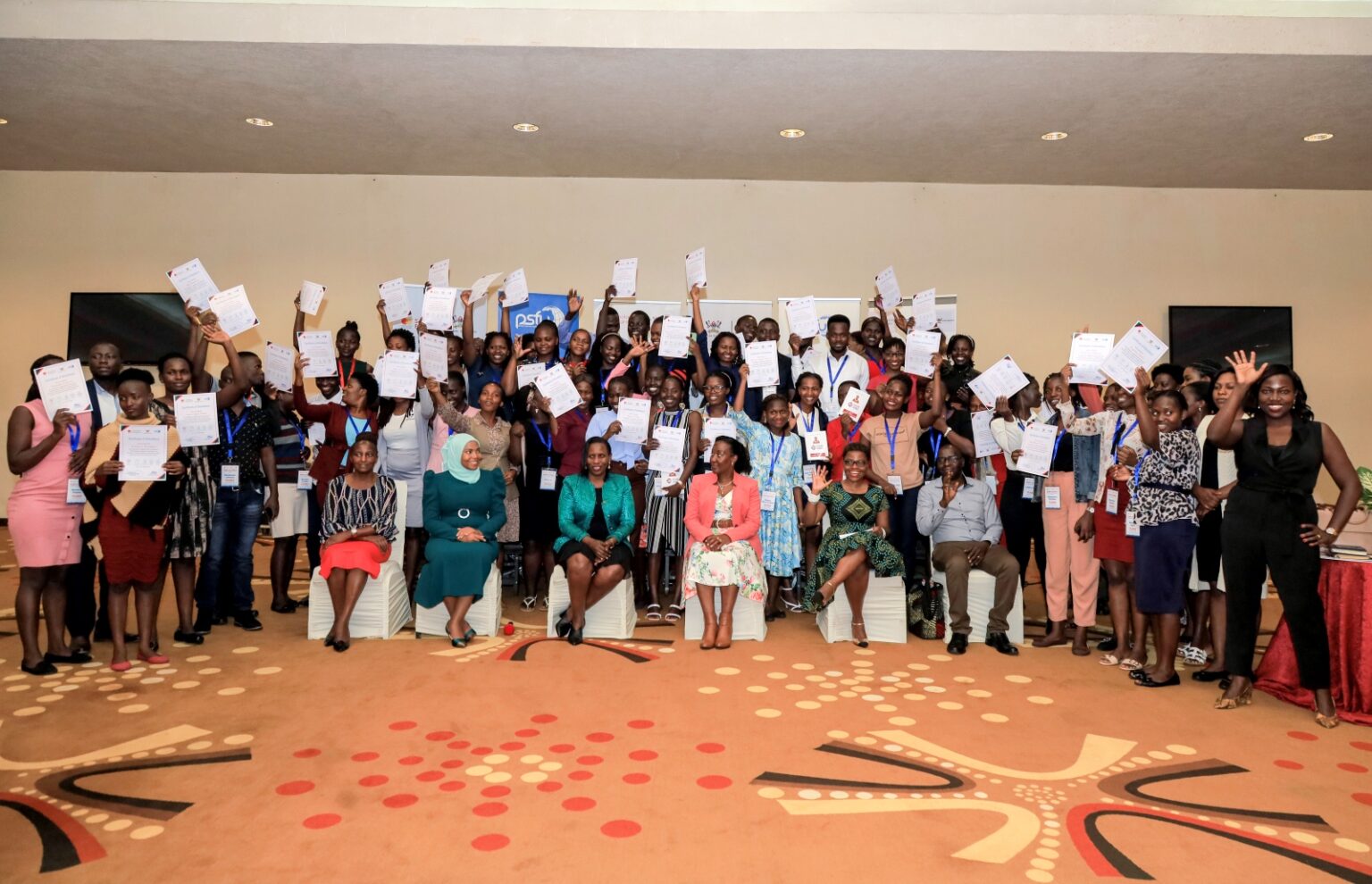 The Vice Chancellor, Prof. Barnabas Nawangwe, has urged fresh graduates of Makerere University and other universities to embrace soft skills alongside the knowledge they acquired during their undergraduate training.

Prof. Nawangwe said this in a speech read for him by Prof. Gorettie Nabanoga Nsubuga, the Principal, College of Agricultural and Environmental Sciences (CAES), during the closing ceremony of the 3rd Pearl of Africa Summer School, for the alumni of Mastercard Foundation Scholars Program, at Royal Suites Hotel, Bugolobi, Kampala.

“I urge all of you graduates to be deliberate and be intentional in continuously acquiring and practicing soft skills alongside the knowledge you acquired during you undergraduate training.”Prof. Nawangwe said. “I have no doubt that once you embrace practical soft skills with quality, responsibility and integrity, you will excel in your choice of pathway whether in employment, entrepreneurship or further education.” Prof. Nawangwe further remarked.

Prof. Nawangwe called upon all institutions both public and private to emulate Mastercard Foundation in equipping young people with the 21st century knowledge and skills, which were so demanded in today’s, workspaces.

“I would like to thank Mastercard Foundation, for their generosity and support they offer to the young people in Africa, which has enabled Makerere University to educate and train and equip them with tangible knowledge and skills. I would like to call upon all our other partners to emulate Mastercard Foundation in equipping the young people in Uganda and Africa as a whole with work readiness skills, so much needed at the work places today.” Prof. Nawangwe appealed.

The Program Coordinator, Mastercard Foundation Scholars Program at Makerere University, Dr. Justine Namaalwa, thanked the Vice Chancellor for the strategic leadership, which has enabled the Scholars Program to stand out as the leader in training and equipping Scholars and alumni with tangible soft skills.

“I would like to thank the Vice Chancellor for his strategic leadership, which has allowed us space to innovate and come up with such training programs which have equipped our Scholars and alumni with practical soft skills, which gives them leverage in the workspaces.” Dr. Namaalwa remarked.

The Program Coordinator further thanked the Private Sector Foundation Uganda (PSFU) for accepting to partner with the Scholars Program to deliver for the third Summer School, a 10-day skills development-training program, in which the alumni of Mastercard Foundation were taken through a number of skills training and business development support.

Dr. Namaalwa equally thanked the Steering Committee for the oversight role they have played in steering the operations of the Scholars, and the entire University community, especially the mentors of the Scholars Program for supporting and nurturing the scholars of Mastercard Foundation at Makerere University.

She appealed to trainees to take the skills and knowledge they had acquired seriously, because it was what would give them competitive advantage in the world of work.

“I believe the last 10 days of professional development and business support training have been a period of learning, unlearning and relearning new knowledge and critical soft skills such as communication and branding, collaboration, creativity, critical thinking, decision-making and many others that are necessary for one to thrive in the 21st Century workspace. I urge you my dear graduates to take these skills seriously, because they will give a competitive advantage as you search for job opportunities.” Dr. Namaalwa appealed.

Ms. Damali Ssali, the Chief Programs and Projects Officer at PSFU who represented the Chief Executive Officer at the function, thanked Mastercard Foundation Scholars Program at Makerere University for partnering with PSFU to train and equip the alumni of Mastercard Foundation with requisite knowledge and skills that are in short supply with most of the university students today.

“I would like to thank Mastercard Foundation and Makerere University for entrusting PSFU as the partner of choice in skilling and training these young people with the soft skills and business development ideas. PSFU is committed to skilling young people in Uganda, especially the fresh university graduates.” Ms. Ssali remarked.

Ms. Ssali urged the young people to embrace leadership and self-development if they were to make their dreams and aspirations a reality. Ms. Ssali pledged on behalf of PSFU to enroll all the 61 fresh graduates of Mastercard Foundation into the 6 months graduate internship with the industry partners, where if the individual graduates excel will be  retained by the different companies.

The Pearl of Africa Summer School is an annual 10-day skills development training organised by Mastercard Foundation Scholars Program at Makerere University, to train and retool fresh graduates of Mastercard Foundation with the requisite soft skills as they transition to the world of work.

The third Pearl of Africa Summer School was organized by the Scholars Program at Makerere University in partnership with Private Sector Foundation Uganda (PSFU) as the delivery partner. The 10-days Professional and Business Development training Program took place from the 20th to 30th June 2022, at Royal Suites Hotel, Bugolobi, under the theme: Enhancing the Scholars’ potential to transition to meaningful and dignified engagements.

Bernard Buteera is the Communications Officer of the Mastercard Foundation Scholars Program at Makerere University.